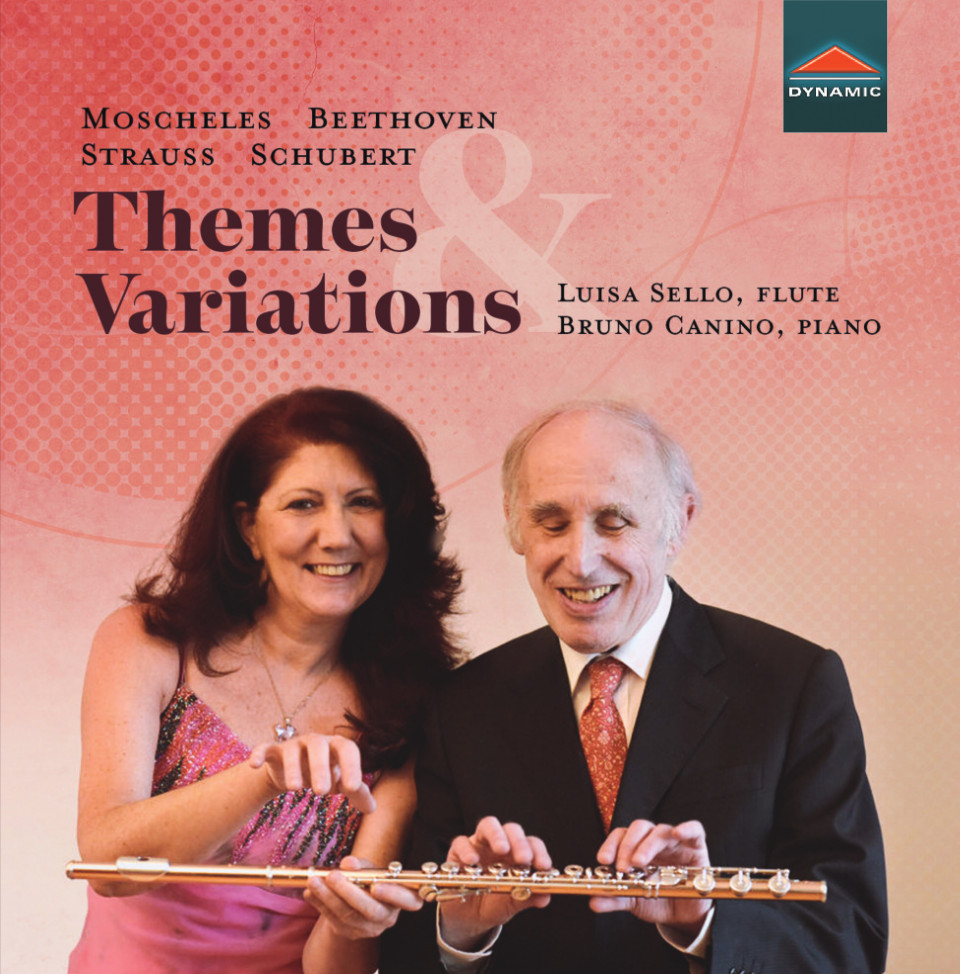 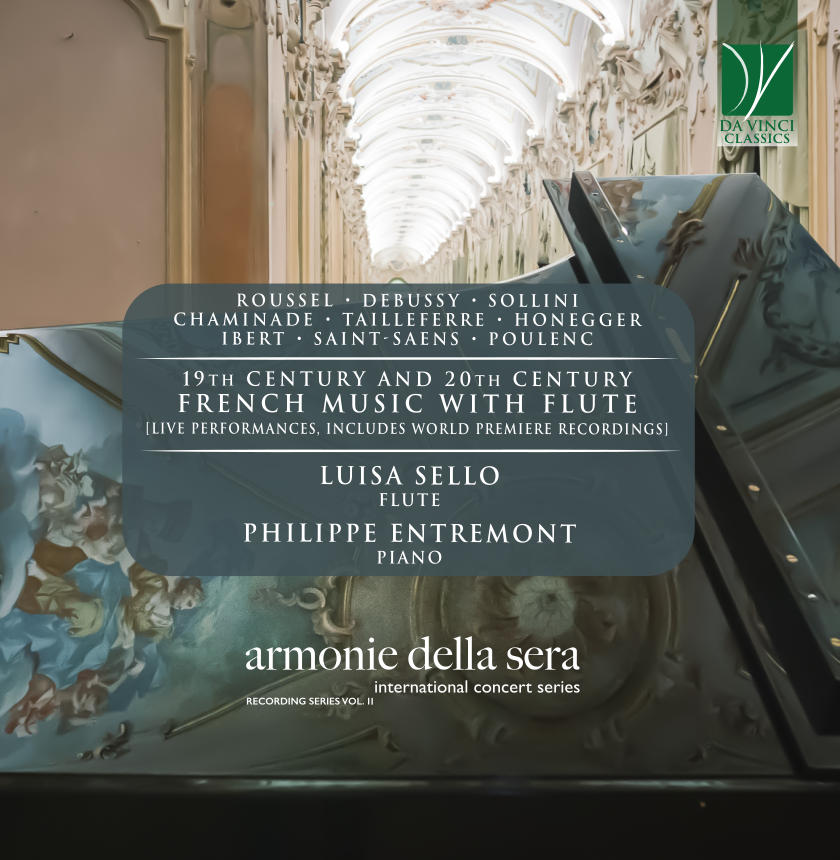 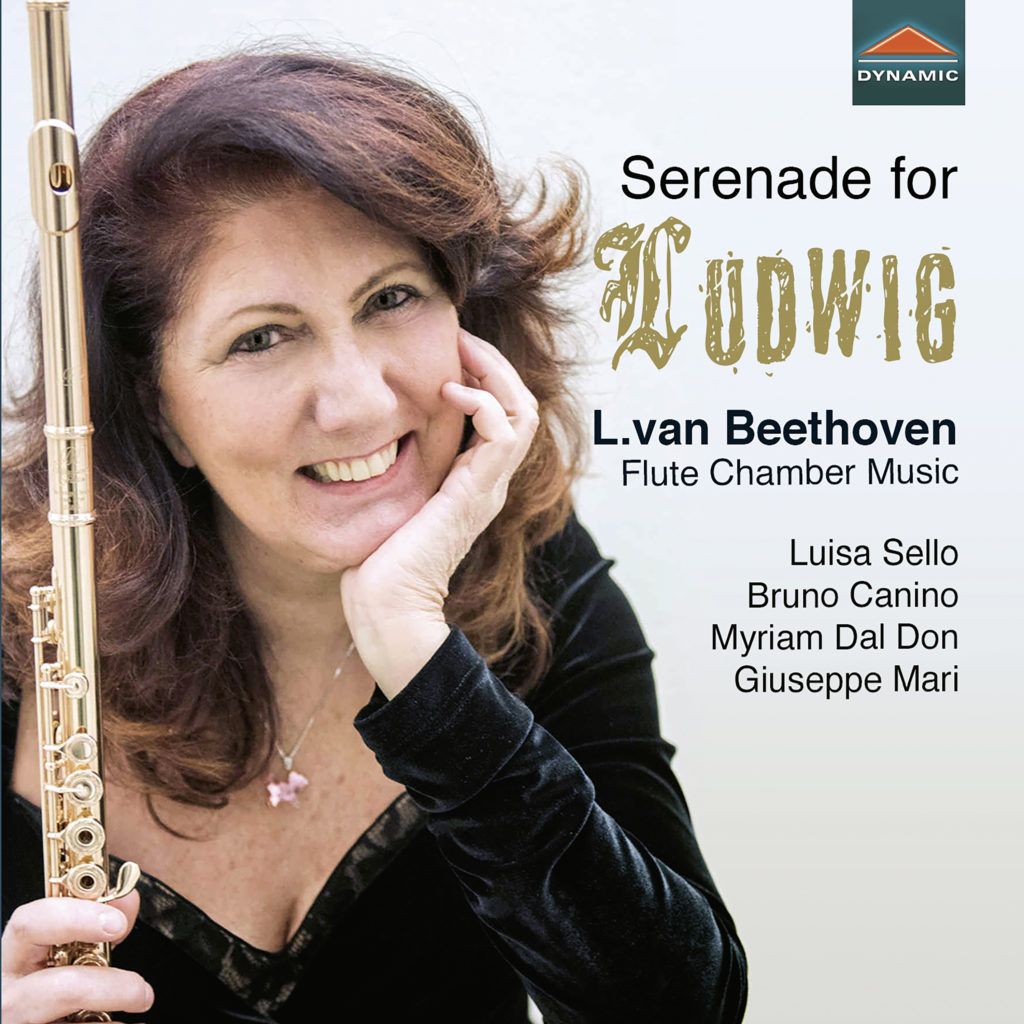 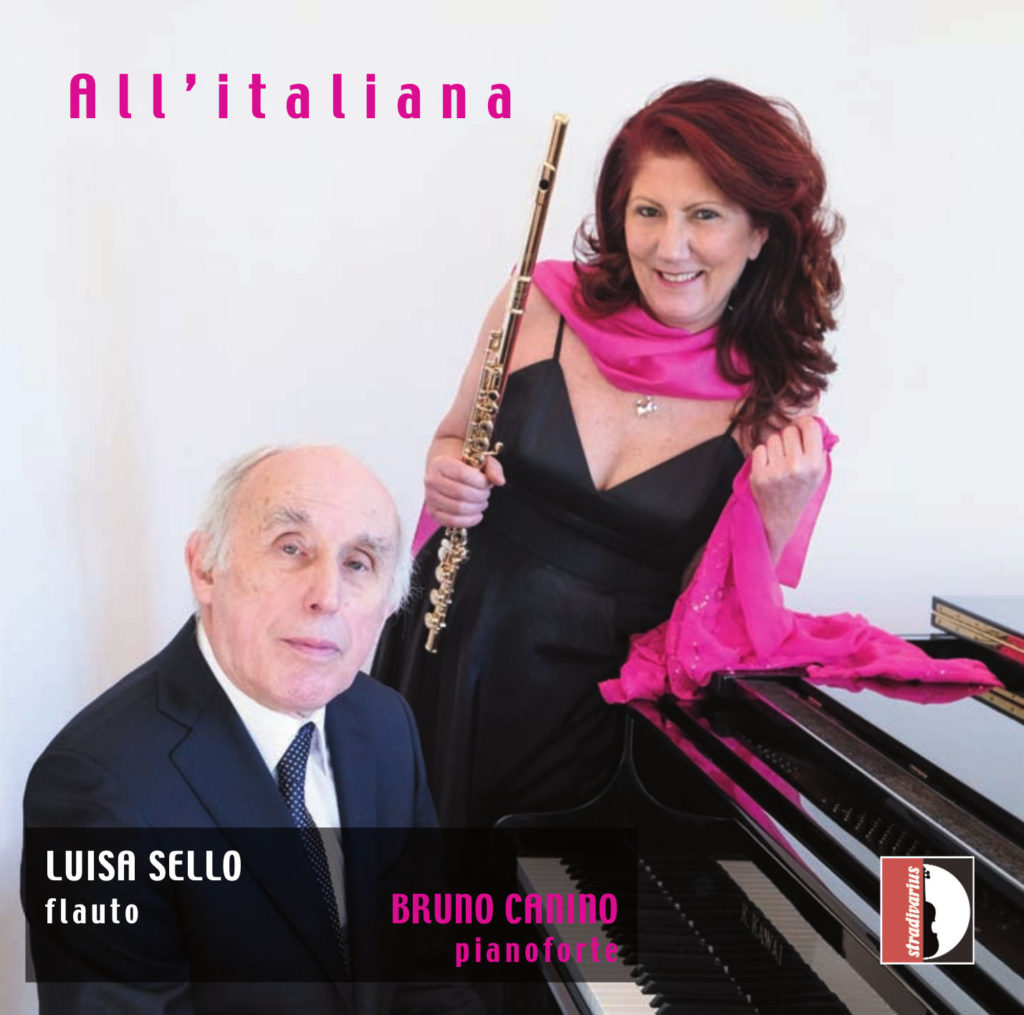 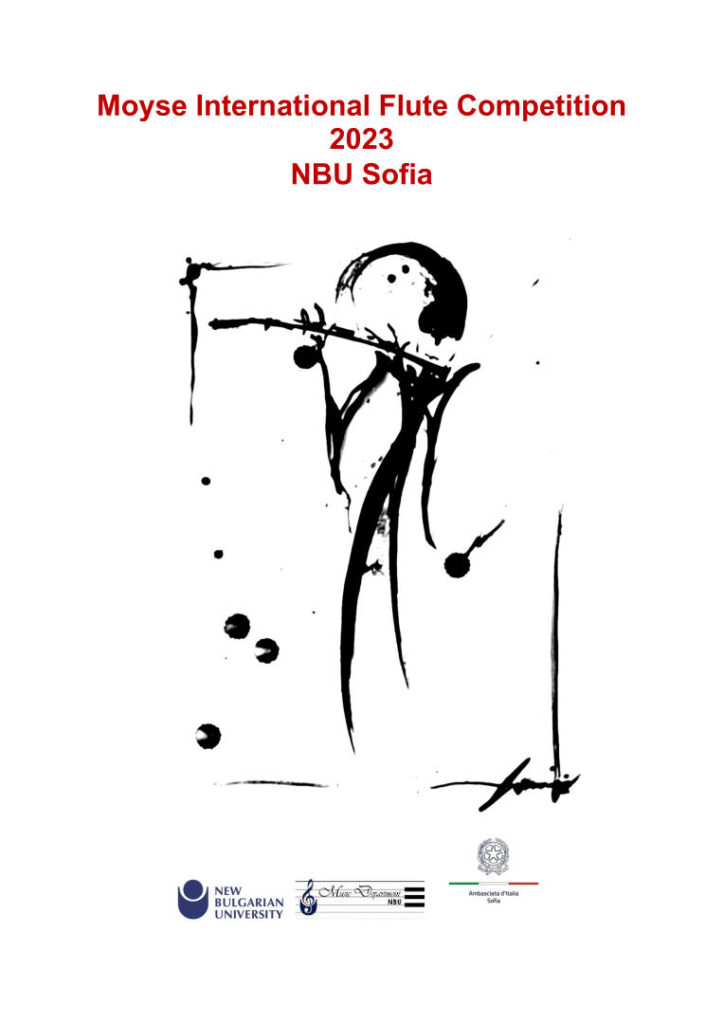 Among all the solo works, the concerts which Mozart dedicated to the role of the magical instrument are of great importance: the majestic and fascinating Concert KV313 in G Major, the bubbly Concert KV 314 in D major, both written at the beginning of 1778 at Mannheim, and the delicate Andante in C major KV 315 probably written for another concert which he did not finish, dated Salzburg 1778/79.

Besides this unabridged work, it is important to recall the pages ‘fin du siècle’ by the composer Cécile Chaminade and the watermarked lines of the works by Saint Saens. The French repertoire contains many ideas and suggestions, from the virtuoso adaptation for flute and strings of the opera by Bizet, Fantasia sulla Carmen, to the masterpiece of the 20th century by the wise hand of Jacques Ibert.

The double concert by Erwin Schulhoff, an author of the 20th century among the victims of the Holocaust who died at a young age: his language is very extensive, where flute and piano face a challenging role of great charm as soloists.
The baroque period includes many precious and unique solo pieces with string orchestras, from the famous Suite n.2 by J.S. Bach, to the fresh Italian creativity of the op. 10 by Antonio Vivaldi (unabridged made up of 6 concerts) and the beautiful pages by Telemann, Haendel and Quantz which have developed a wide literature focused on the flute.

Contemporary works which have been specially written for the flautist or dedicated to her (Prangcharoen, Lombardi), are alongside the concert for flute and oboe by Ligeti and other music compositions of today, such as the beautiful Flotenkonzert op. 11 by the Viennese Rainer Bischof.

The programme is organized according to different themes, projects and to the specific abilities of each partner; in this way there may be pieces and programmes which are new or which belong to the repertoire, but which share a common attention for phrasing and for the joy of making music together.

The works of four very different composers- Guiot, De Angelis, Piazzolla, Bolling – have one major element in common, the attention towards the so-called “Jazz language”. They all emphasize the role of an instrument which is not very widespread in the Afro-american area but has gained popularity in the more educated European environment. Sensual sonorities of the minimal combo are provided by the rich rhythms of piano, bass and drums.

Due to a great interest in the Johan Sebastian Bach production, Luisa Sello has carried out particular interpretative studies with the organist Sergio Gaggia, an expert of Bach’s works. Then she has studied more thoroughly the historical flute with Stephen Preston in order to be able to transfer elements of stylistic diction and execution to the modern flute. A modern interpretation of the baroque style emerges without ignoring executive practice.

..great interpretative skills, an absolute mastery with musical instruments, dominant control of the scene, lightness of an étoile, the musician has definitely conquered the public…
(AltroMolise, www. access on 1-10-2002 – Beckmesser)

Besides solo activities, Luisa Sello also plays in chamber ensembles where the personality of the flautist and of groups with great musical experiences meet and intertwine . Since 1995 she has been playing with the Jess Trio Wien; recently she has also started to work together with the Quartetto Prazak, where an equally intense and great musical union and harmony is created.

TELUS Centre for Performance and Learning

Accomodation (in the same College of the courses)

Concert for two flutes and orchestra

Sonata for flute and piano

Dance of the Blessed Spirits

Concertino op. 109 for flute and orchestra

Suite for flute and Jazz Trio

Odelette op. 162 for flute and orchestra 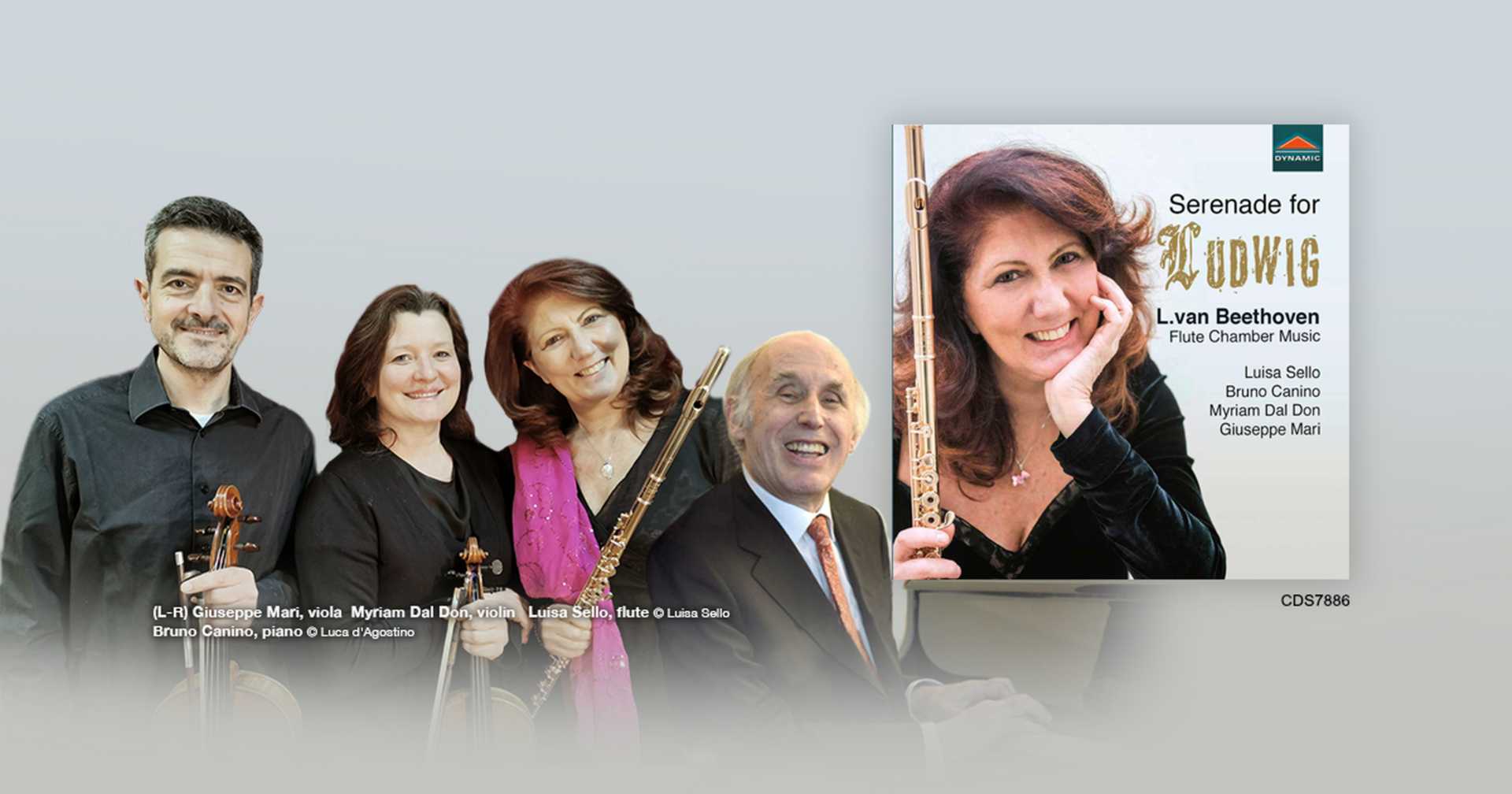 Belcanto for flute and piano

Works for flute and guitar

The origin of song

Works for flute and piano

Minus one "Fantasie d'opera"

Any cookies that may not be particularly necessary for the website to function and is used specifically to collect user personal data via analytics, ads, other embedded contents are termed as non-necessary cookies. It is mandatory to procure user consent prior to running these cookies on your website.